What are you looking for?

The world’s most expensive spice, is derived from the crocus flower, Crocus sativus.
Saffron is a food flavouring and coloring agent.

STATUS: Switzerland-based synthetic biology company, Evolva, has identified and built the metabolic pathways that result in three of saffron’s key chemical compounds related to colour and flavour. The pathways are inserted into microbes to produce the compounds through fermentation (bypassing the need for crocus flowers).
AFFECTED COUNTRY/REGION: Iran accounts for over 90% of world saffron production. Spain, India, Morocco, Greece, Turkey, Kashmir and Afghanistan are minor producers.
MARKET: $660 million per annum. COMMERCIALIZATION: Near-term (2015/16) 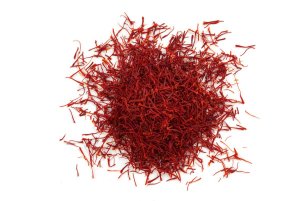 Ingredients, Flavours, Fragrances and Synthetic Biology
A new and emerging issue for CBD 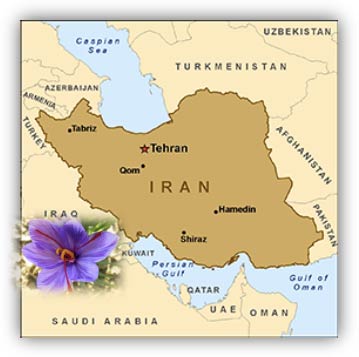 This case study illustrates recent developments in synthetic biology that could impact the $22 billion global flavour and fragrance market and the livelihoods of producers of natural commodities. These developments impact the sustainable use of biodiversity and fair and equitable sharing of benefits from the genetic resources that produce natural plant products. The worlds largest producers of food ingredients, flavors and fragrances are all now partnering with Synthetic Biology companies to develop biosynthetic versions of key high value natural commodities such as saffron, vanilla, vetiver and patchouli – replacing botanical sources.

These in turn are just a few our of hundreds of economically important natural plant compounds whose production may be switched to synthetic biology production in a very short time frame. No inter-governmental body is addressing the potential impacts of synthetic biology on the conservation and use of biodiversity and on the livelihoods of those who depend on agricultural export commodities (including high-value flavors, fragrances, essential oils, etc). The Convention on Biological Diversity is the most appropriate forum to address this new and emerging issue.

The world’s most expensive spice, saffron is derived from the dried stigma of the crocus flower, Crocus sativus. Saffron is prized as a flavouring and coloring agent for food. Chemical constituents of saffron, including crocin and crocetin (colors), picrocrocin (bitter principle) and safranal (flavor), also have health benefits.
About 90-95% of the crocus flowers used to produce saffron are grown in Iran. It takes 250,000 crocus flowers and 40 hours of labor to manually extract enough stigmas to yield 1 kilogram (kg) of saffron. After pistachio, saffron is Iran’s most important non-petroleum export product. During harvest, each hectare devoted to saffron provides jobs for up to 270 people per day. Good quality saffron sells from $2,000 to $10,000/kg or more. Annual worldwide sales of saffron are an estimated $660 million. In 2009/2010, Iran’s northeastern Khorasan Razavi province exported 57 tons of saffron worth $156.5 million to 41 countries.

CURRENT R&D: In 2010 Swiss-based synthetic biology company Evolva, Inc. began working on a biosynthetic route to express saffron-derived genes in engineered microbes. The goal is to build a novel metabolic pathway that instructs cells to produce key saffron compounds, which is then inserted into a microbial host for large-scale production in fermentation tanks (bioreactors). According to the company: “Producing the key saffron components by fermentation has three main benefits. Firstly, it will allow saffron to be available at a much lower price than currently, which will both expand existing markets and open new ones. Secondly it will eliminate the many complexities involved in the current supply chain. Finally by making each of the key components separately it will enable the production of customized forms that are for example particularly rich in aroma, taste or colour and that can be adapted to specific food formulations and regional preferences.”

Evolva conducts R&D on saffron at its location in Chennai. The company claims that it is now in the process of “pathway optimization” and predicts that a commercial saffron product will be available in 2015 or 2016.